Consider the power of

combination of many voices

to bring about change in society.

Great Spirits Among Us

GOD in the abstract

an exhibit of abstract art

Where I see God in my neighborhood

Kindness has been explored, expressed, and experienced throughout the ages by people from all walks of life. What kindnesses have you bestowed, received, or witnessed? How has kindness changed the course of history? Or the course of an afternoon? Does kindness necessarily involve human beings?

“No act of kindness, no matter how small, is ever wasted.” ~ Aesop

“The smallest act of kindness is worth more than the greatest intention.” ~ Kahlil Gibran

“Spread love wherever you go. Let no one come to you without leaving happier.” ~ Mother Theresa

“Do your little bit of good where you are; it’s those little bits of good that overwhelm the world.” ~ Archbishop Desmond Tutu

This exhibit seeks to represent a broad and creative set of interpretations on the subject of kindness. ​

Entries for the juried exhibit, will be accepted until July 30, 2022.

The Arts of Calligraphy and Repurposed Materials

Once Was, Now Is

​      an exhibit of art from recycled materials

Spirituality of the Mandala

Courage: The Fight Against Inequality

Remembering the 100th anniversary of the ratification of the 19th amendment allowing women the right to vote, consider the courage it takes for human beings to fight against socially accepted or governmentally imposed policies of inequality.
This exhibit will explore the freedom to vote - or the lack thereof.

This Fragile Earth our Island Home

One Stream. Many Wells 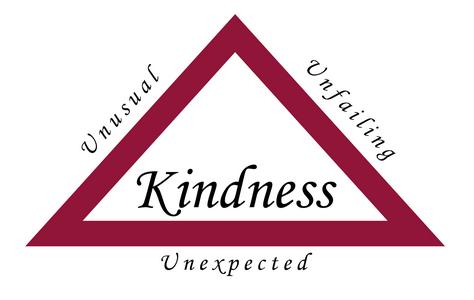 All of St. Luke's Nails in the Wall Gallery exhibits are located in the Church's gallery space

an exhibit of sculpture and photography

​    an exhibit of of fine art by artists with disabilities